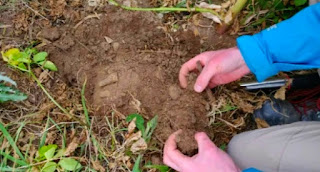 Older readers may remember a radio comedy called 'Beyond our Ken', starring Kenneth Horne with Hugh Paddick, Betty Marsden and Bill Pertwee. One of the characters in it was Arthur Fallowfield, played by Kenneth Williams, a gardening expert whose answer to any question was, "I believe the answer lies in the soil". I think of that often whenever I hear my son Nathan waxing lyrical about soil and its quality.

What's not funny is a general decline in soil fertility internationally due to intensive farming methods. It's no longer acceptable to apply masses of nitrate fertilisers and pesticides to boost yields, as has happened since the post-war years. They run off into waterways, pollute, and don't improve soil quality. Why should this matter to you? It matters to everyone, though most people don't think about soil, except as dirty, muddy stuff that sticks to your shoes. If soil quality is poor, crops fail, fields flood, and there isn't enough food to feed an increasing population. Millions of people are already going hungry, and the effects of climate change are making things worse.

Since Nathan took over the management of Deepdale Farm in North Norfolk in February last year he's become a soil evangelist. Read about what he's doing, think about what you eat, and buy organic.

Posted by Margaret Nelson at 2:31 pm No comments:

To whoever's in charge of your business.

Dear Boss,
I'm the @Flashmaggie that someone in your organisation unfollowed on Twitter at the behest of a guy called Andrew, who claimed that I'm transphobic and could somehow tarnish your reputation by association.
I couldn't care less if you follow me or not and hadn't noticed that you did. The whole thing has blown up out of all proportion but, as you'll now have realised, a lot of people did care much more about it than me. Sorry.
But I do care that you apparently don't understand why people like Andrew, whoever he is, take it upon themselves to police the internet for people like me. I'm very concerned about the nonsense peddled by the Stonewall pressure group and the like that can have serious consequences for all sorts of innocent people, including women, children, transsexuals and trans-identifying people themselves. Some have been personally affected, by losing their livelihoods over false accusations, by being abandoned by their husbands, by having "treatment" that caused irreparable damage, by hatred and bullying, even death threats. Which brings me to my son, who's already been in touch with you because he's worried about the abuse and threats my opinions have attracted. He's waiting for a response.
I know that Coca-Cola is a Stonewall Champion, and there's probably not much you can do about that, but maybe you could inform yourselves by reading my blog, and following the link to an article by Helen Joyce at the end?
And please apologise to my son, who loves me and worries about me.
Margaret Nelson
__________
No answer...
but not surprising, considering that CocaCola is a Stonewall Champion with multiple ethical issues.
Posted by Margaret Nelson at 5:38 pm 2 comments:

You either believe or you don't

I wrote the following as a series of Tweets but knowing how many believers are ready to complain about any suggestion that they're wrong about gender, I'm taking the precaution of saving them here. 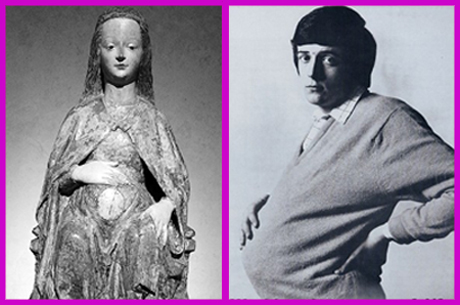 Transgender ideology is like religion; you either believe in it, or you don't. I don't. I'd like to live in a secular society where religious people are free to believe whatever they like, but not to impose those beliefs onto others, especially children, or to expect special privileges, especially any that conflict with the rights of others. I don't believe that a virgin gave birth or that a man can. In fact, I know that neither is true because they're impossible, so don't waste your time telling me I'm wrong.

I get along with religious folk perfectly fine if they're happy to let me be, they don't proselytise, they don't try to indoctrinate children (who are increasingly sceptical anyway), and don't expect me to adopt a reverential approach to their leaders. I judge people by how they behave and expect the same.

So when our politicians, who may or may not have a religious faith, behave as though this relatively new ideology should be accepted without question and not only afforded special rights, over and above those we already have, but rule us out of order if we disagree, you'll have to forgive me for thinking you're daft, and we've already got more than enough daft politicians. We need smarter ones, who'll question the evidence for claims of any description. We're already in enough trouble because of a general lack of scrutiny, of critical thinking.

I've never been very good at doing what I'm told or believing what I'm told. People like me have always annoyed authoritarians of all sorts because we expect to be given good reasons for complying. Where are the good reasons to believe about gender? I've yet to hear any.

As a funeral celebrant, I've included words of advice in my ceremonies; to do the least harm, not postpone anything that's really important, like helping someone you love to find fulfilment, and of course there's Horace's "Carpe Diem".

I might also have said, don't be a dick.

And how did it begin?

Posted by Margaret Nelson at 6:21 pm No comments:

Lex malla, lex nulla
A bad law is no law


This consultation is biased in favour of the beliefs of a small minority of psychologically unhealthy people who've adopted a catch-all explanation for their conditions, for a variety of reasons. The original act is deeply flawed. The proposed changes would make things worse. Transgenderism isn't like homosexuality; it's not an innate characteristic. It's a collection of ideas about what it means to be masculine or feminine between two stereotypes that are largely determined by the fashion and beauty industries. Just as the inhabitants of Fiji suddenly developed anorexia when TV became available on the island and they were able to watch soaps that featured characters with the disorder, transgenderism has spread through the popularity of socials media and the encouragement of those with a pecuniary interest in it. Who has a gender? No one.

Remember the false memory syndrome scandal? And how many people have conveniently forgotten it? It'll be much more tricky to forget about gender nonsense when you've further enshrined it in law, won't it?

A woman wrote on Twitter that her husband had responded to the consultation with a lot of words she wasn't sure they'd understand, like "paraphilia", but she thinks he refrained from writing "Bollocks!". I did too, though I was sorely tempted.

Anyway, you have a go.
Posted by Margaret Nelson at 4:40 pm 1 comment:

Found myself sitting next to an older woman who'd brought her husband to see the consultant in a hospital outpatients clinic today. They both struggled to get out of their chairs (hospitals need higher seats for strugglers like us) and shuffled, rather than walked. Growing old is no fun, she observed. She and I had a nice chat while he was with a nurse. It began when I admired her cane, which had a pretty silver top, like some I've seen on 'Bargain Hunt'. It was her father's, she said, and she thought he'd have been pleased that she still used it. We agreed that the families on the TV programme 'Eat Well For Less' were ridiculous. She confided that her husband, in his nineties, had dementia, so wasn't really sure why he was there. It must be difficult, I said. Yes, she said. Did she have any help? No, she said, she managed on her own. She had suggested getting someone in to help him dress, but he wouldn't have it, so she struggled on. I have a broad back, she said. Women do, I said. (Sorry men!) She agreed, but said that he didn't appreciate it. I didn't ask if she had any family, but she said she had some good neighbours. Just one among very many strugglers. I'd like to have given her a hug, but it wasn't appropriate. Besides, we might both have fallen over.
Posted by Margaret Nelson at 10:54 pm No comments:

I deleted all the posts on this blog recently. They were mostly irrelevant, considering how fast things were changing.
Posted by Margaret Nelson at 3:48 pm No comments:

I do other stuff online.

Click for the answer to Life, the Universe, and Everything

Click on the image to find out about Ovo Energy, recommended by Which?

If you switch, we both get an £25 Amazon gift certificate

Comments are moderated - I'll zap anything I don't like. Be civil. Make sense. Try to write good English. No trolls. Anonymous comments are unlikely to be approved. Otherwise, feel free...

Quackery and other nonsense 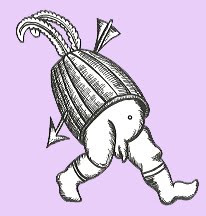 Creature from a pen drawing by Hieronymus Bosch, c. 1500